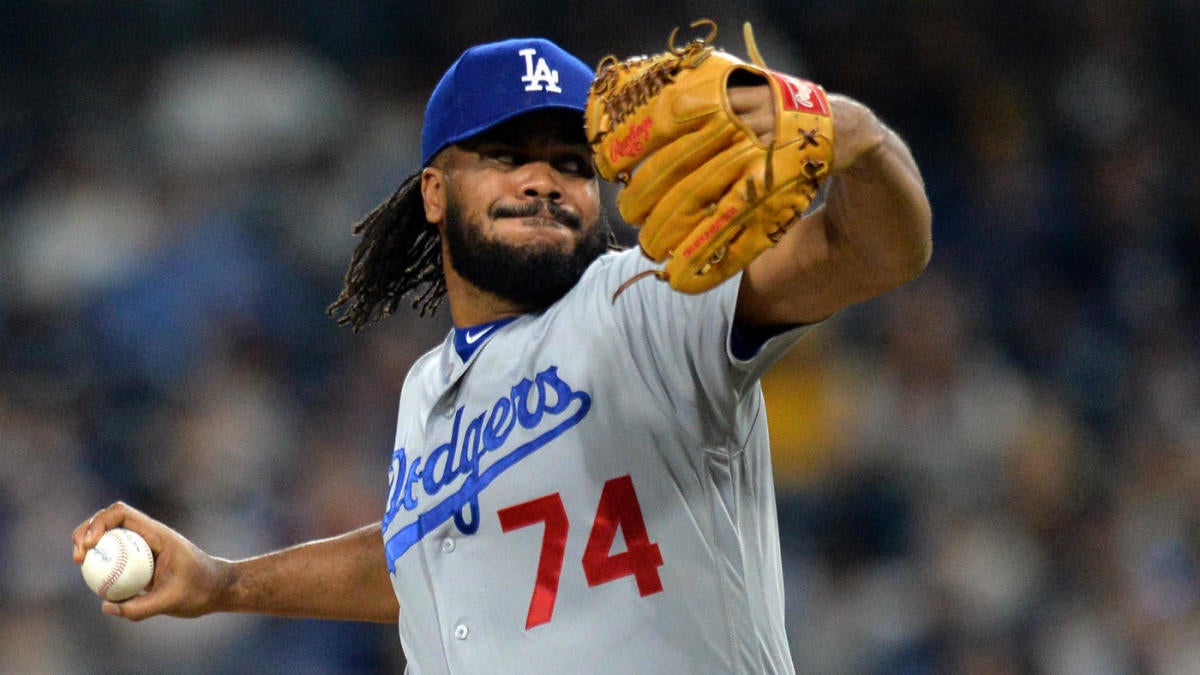 There are fewer saves to go around than ever before. More teams have turned towards an analytical approach, sometimes opting to use their best reliever in the biggest spot of a game rather than the ninth inning. Other teams play the matchups and have different relievers they use in the ninth based on the hitters due up. I can’t say I blame teams for doing this. What do they care if they have a closer with 30+ saves? All they care about is winning games and that’s all they should care about.

From a Fantasy perspective, it’s made chasing saves the hardest thing in the game. Some have opted to go with saves plus holds in their Roto or H2H category leagues and I can’t blame them for doing so. After all, that flattens the reliever player pool and forces you to simply draft the most talented relievers, which is what the game should be about. With all that being said, I still like playing with saves. There’s something about that constant chase that makes the game fun for me. It would be like eliminating tight ends in Fantasy Football. Just because it’s a scarce position or category, doesn’t mean our first instinct should be to remove it.

Head on over to Spotify, Apple, or wherever else you consume podcasts to subscribe to Fantasy Baseball Today in 5.

The point of all this is to rank relievers by job security. More than anything else, the saves leaders are usually relievers that hold the job all season. Of course, being an effective reliever helps but you want guys that you can trust (trust being a relative term here). Instead of ranking relievers by skill, projections, or average draft position, let’s rank them in tiers of job security. I did the same exercise before last season and found it to be effective. It’s worth noting that this is completely subjective. Just because I have doubts about James Karinchak being the Indians‘ closer, doesn’t mean that’s actually the case. The same could be said for all of these bullpens. This is just my most accurate prediction based on everything I’ve heard or read.

Not much to see here. The White Sox just signed Hendriks to a massive contract and, since the start of 2019, the guy has a 1.66 ERA. Hendriks just finished as the RP1 in both Roto and H2H points last season. The Angels traded Iglesias this offseason, ending their long history of struggles in the back end of the bullpen. Outside of Iglesias’ fluky 4.16 ERA in 2019, he’s had a 2.74 ERA or better in four of the last five seasons. I’m very confident in Iglesias and he’s actually my favorite relief pitcher value being drafted inside the top-100 picks.

This group has actually doubled in size from last year. Maybe I’m becoming soft in my job security analysis but ultimately, I feel really good about each of these closers. Unlike the group above, each of these names has at least some sliver of doubt. Hader’s fastball was not as effective last season and he’s always tied to trade rumors. As great as Chapman has been, he consistently deals with this knee injury plus there’s a capable backup in Zach Britton. Kimbrel was great down the stretch last season but did have a 23.63 ERA after his first four appearances. Ryan Pressly’s final numbers look solid but he had four blown saves, tied for most in the American League.

Maybe Kenley Jansen should be in The Strongest tier. We continue to doubt him yet he continues to get it done. He does have capable arms behind him in Blake Treinen and Brusdar Graterol. I love drafting Trevor Rosenthal this year but we have to be honest with ourselves here. Rosenthal was basically out of baseball before last season. The floor is still low. Regarding Brad Hand, Nationals manager Dave Martinez had this to say: “In a perfect world, he’ll be our closer.” Why are managers like this? I will also point out that Hand’s fastball velocity has dropped for two straight seasons. Like the Angels did with Iglesias, the Mariners traded for Montero this offseason. He looked solid as the Rangers closer last year, converting eight saves but he doesn’t have an extensive track record and the underlying numbers were meh.

He’s the guy but with a short leash

With each of these three, I am quite confident calling each of them the closer for their respective teams. However, each has more concerns than the previous tier. Diaz has some of the best pure stuff in the game but struggles mightily with his control. We’ve seen the Mets move him out of the closer’s role in the past plus they have capable arms in Trevor May and Seth Lugo (when healthy). Kirby Yates has proved he can do the job. The problem is he had surgery to remove bone chips in his elbow and is about to turn 34 years old. There’s also a stud reliever in Jordan Romano waiting in the wings. Like Rosenthal last year, Holland had a renaissance season. As great as he was, Holland also has a track record of being lackluster with competition behind him in Josh Staumont and Scott Barlow.

I think he’s the closer but that can change

Again, this is just my opinion. James Karinchak is awesome. There’s no way around that. The guy had 53 strikeouts in 27 innings last season. However, there have been rumblings of Emmanuel Clase or even Nick Wittgren getting the opportunity to close while Karinchak is used in that fireman role. Before last season, Daniel Bard had not pitched in a major league game since 2013. In his return to the mound, he converted six saves with a 3.65 ERA. He hasn’t officially been named the closer and Scott Oberg is returning from thoracic outlet surgery. Craig Mish, who covers the Marlins for the Miami Herald, seems pretty confident Anthony Bass is the closer. Bass just isn’t very good while Yimi Garcia is. Maybe this is just because I want Amir Garrett to be the closer but Lucas Sims – his main competition – is currently dealing with an arm injury. Since the start of 2019, Garrett has a 3.03 ERA, 1.29 WHIP, and a 12.6 K/9.

The last time we saw Jordan Hicks was back in 2019 when he converted 14 saves with the Cardinals before having Tommy John surgery. All reports have indicated Hicks will slowly be worked in as the closer. It helps when you throw 103 MPH. Nick Piecoro, who covers the Diamondbacks for the Arizona Republic, seems pretty confident Joakim Soria will be the team’s closer. Soria also has an extensive track record with 223 career saves. I don’t think Matt Barnes is particularly good but he did convert nine saves last season. He looks like the closer to start with Adam Ottavino looming. Like Barnes, I don’t think Jose Leclerc is very good but everything I’ve read has him as the closer to start. I would not be surprised if Jonathan Hernandez or Demarcus Evans took over this role. Manager Brian Snitker has hinted at using multiple relievers for saves this season but that’s not really who Snitker has been as a manager. Based on how much they’re paying Smith, I think they want him to wind up in the role.

It might seem weird that I have the position battle tier above the mix and match tier, but I have more hope that just one reliever can emerge from each of these teams above. With the Phillies, Joe Girardi usually likes to stick with just one closer. Some have hinted Archie Bradley will be that guy but I think it’s still up in the air. The Padres recently signed Mark Melancon but have talked up everybody in their bullpen. Maybe this turns into a matchup situation, but I would wager on one of the names above emerging. Like Girardi, A.J. Hinch always seemed to use a traditional closer while in Houston. Now that he’s with the Tigers, he’s weighing his options between Garcia and Soto. I tend to lean with Garcia since he’s the righty of the two. Since Brandon Hyde arrived in Baltimore, he’s shuffled through closers. That’s most likely due to them being bad. If one of Harvey, Scott, or Valdez proves to be a consistent option, I think he’ll stick with that guy.

Likely to mix and match

Rocco Baldelli has always played the matchups when it comes to closing out games. While Alex Colome could see the bulk of those opportunities because he has the track record, many are expecting multiple names to be mixed in. We know the deal with Kevin Cash and the Rays — 12 different relievers recorded a save for them last season. Nick Anderson and Diego Castillo are awesome but shouldn’t be trusted for saves. Gabe Kapler has been messing with us since his days with the Phillies. Five different relievers picked up a save for the Giants last season — each of those ranging between one and four saves. They’ve talked up Jake McGee but I’m not buying it. Many Fantasy outlets are assuming Richard Rodriguez is the closer for the Pirates but manager Derek Shelton has said the opposite. “Right now, we don’t have (a closer).” I guess that can change but the Pirates are also projected to be one of the worst teams in baseball. I’ll pass.

So which Fantasy baseball sleepers should you snatch in your draft? And which undervalued first baseman can help you win a championship? Visit SportsLine now to get Fantasy baseball rankings for every single position, all from the model that called Will Smith’s huge breakout last season, and find out.