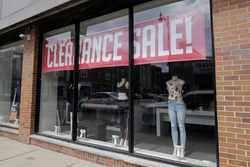 First, what does “bankrupt” mean? We use the word to mean “unable to pay debts when due,” and, in this usage, bankrupt is synonymous with “insolvent.” It is a term fraught with shame, for it connotes failure. For many centuries, the bankrupt faced jail, personal servitude and even death.

“Bankruptcy” is a description of a legal process by which a debtor is relieved of unpayable debts. A legal innovation of the early 1700s, bankruptcy frees debtors from debtor prisons and a lifetime of servitude, forces creditors to take a loss, and gives debtors a fresh start.

The U.S. Constitution gives Congress the power to pass laws on the subject of bankruptcy, and it passed the first durable statute setting forth a process for relieving debtors of their debts in the 1890s. This statute has been a success, and now the word “bankruptcy” is often synonymous with the current bankruptcy code, but Congress retains the power to change that statute and experiment with laws on the subject of bankruptcy.

In commercial bankruptcies, stockholders are typically wiped out and the creditors become owners. In personal bankruptcy, creditors take the debtor’s investments and (with some exceptions) assets, but the debtor is free to start again.

When a government goes “through bankruptcy,” it’s both a political and a financial process. Creditors aren’t given ownership of the parks, schools and roads, no repo man comes to take back schoolbooks, and banks and pension funds don’t elect the city council. There’s no liquidation sale and the government doesn’t board up its windows.

Instead, the government keeps assets it holds for the benefit of the people and is empowered to renegotiate its debts. Pensions are adjusted, but preserved and secured, while abuses are eliminated, and funded debt is reduced to a manageable level.

People gain, creditor claims are reduced, but politicians who mismanaged the government may be embarrassed and oppose bankruptcy, especially when the government’s creditors are political supporters.

Bear in mind that each state must be a republic: a government of the people, by the people and for the people. So, when a governmental entity such as a municipality or city goes “through bankruptcy,” reducing its bonded debt and renegotiating pensions to make them affordable, the result is a republic that’s more responsive to its people. The share of government revenue that is required to pay creditors is reduced, eliminating the pressure to raise taxes and empowering the government to improve services to its residents.

This is not academic. Illinois is already insolvent, as its comptroller, Susana Mendoza, recently acknowledged to the Financial Times:

Illinois, according to Ms. Mendoza, could run for “30 seconds” [on its rainy-day fund]. The state was paying 12% interest on a backlog of $17 billion in unpaid bills when she came into office in late 2016. After a bond deal, she was able to pay it down to $8 billion.

Now, she has let the state’s creditors know some terms will be extended again. She is prioritizing education and day care, pensions and debt service payments, as well as anything that may be reimbursed by federal dollars, such as health insurance for the poor, or the coronavirus response.

For everything else, she says, she is trying to be as open as possible. “I feel like Jimmy Stewart in ‘It’s a Wonderful Life,”’ she said. “Because you’re having to tell people, ‘I know that the state owes you this money. I know it’s your money, but I don’t have it all, right?”’

She summarizes the situation in Illinois accurately. The state prioritizes debt and pension payments, isn’t paying creditors when due and operates on a day-to-day basis like an insolvent savings and loan. Illinois’s debt is rated as nearly “junk debt” and Illinois pays a significant premium because bondholders know Illinois will eventually renegotiate and reduce its debt.

This was Illinois before COVID; the shutdown and its leadership’s request for a massive federal bailout has merely revealed Illinois’s insolvency to a broader public.

Illinois’s tax burden is already among the heaviest in the United States, and an ever-diminishing share of the state’s budget goes to services for people. State aid to municipalities serving low-income residents is redirected into pension funds, leaving zombie shell governments behind. Illinoisans are being squeezed to pay creditors, but our residents are still free to move out of state — so is it any wonder that our population shrinks year after year?

Congress has not enacted a law providing for a process by which a state like Illinois could restructure and reduce its debts. A state “bankruptcy” could take many forms and need not involve turning the state over to a bankruptcy judge and doesn’t even need to be called “bankruptcy.”

In any event, Illinois has been mismanaged for so long that its debts are now unpayable, and the people of Illinois need federal help to force state creditors to renegotiate and adjust their claims so the state can focus on serving people again. Today, Illinois serves its creditors first, and the people only to the extent there’s any money left over. However labeled or implemented, reducing Illinois’s debt gives power to the people.

Richard Porter is a lawyer in Chicago and Illinois’s national committeeman to the Republican National Committee.