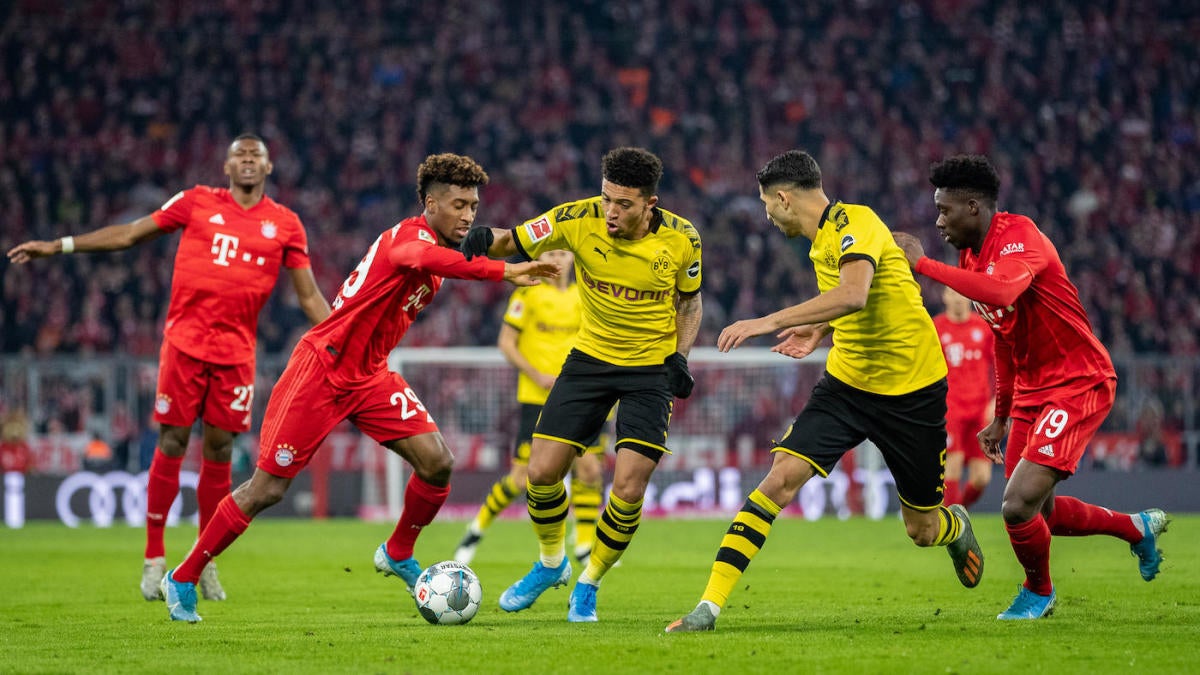 Bundesliga, Germany’s top-flight soccer league, is getting set to return from its coronavirus hiatus this weekend, bringing an end to the shutdown that started in March. Since there’s a notable absence of sports here in North America, there’s a chance you’re interested in checking out Bundesliga action to see what it’s all about and get that sports fix you’ve been craving. But perhaps you’re a little intimidated heading into unfamiliar territory and you need someone to help walk you through what you need to know. I’ve got you, newbie.

Here’s a soccer dummie’s guide to understanding soccer and the Bundesliga.

Why do some people call it soccer?

Because some people are dumb Americans who associate “football” with the sport that has the helmets and the pads and the pigskin thing, even though very few players in that sport actually use their FOOT to kick the ball. It doesn’t really make a lot of sense, but “soccer” is the chosen American name for the actual foot sport.

Since international soccer uses some language that may seem, well, foreign to American fans, let’s put together a little thesaurus here.

What are the positions?

Here’s a rundown of the positional assignments given in soccer:

How does offsides work?

Anytime a player on the possessing team is closer to the goal line than the ball and last defender (not including goalkeeper), they are in an offside position. If a player is in an offside position and receives a pass or strikes the ball, play will be blown dead and possession will be given to the opposing team.

Does that make sense? Probably not. It’s hard to explain. Just watch a bunch of soccer and you’ll figure it out eventually.

Why does the clock keep running?

Instead of stopping the clock every time there’s a halt in play, soccer uses a running clock for 45-minute halves and then tacks on “extra time” (see definition above) at the end of the half to account for stoppages.

Why does the clock run up?

Does it matter? Are you not capable of counting up to 45?

What’s the difference between red and yellow cards?

A yellow card is basically like a technical foul in basketball. It’s reserved for egregious infractions and two of them earn you an ejection from the game. A red card is essentially the equivalent of two yellow cards, so if you earn a red (through two separate yellows or one really egregious penalty) you’re out of the game and your team cannot bring in a replacement to fill your spot.

What is the difference between a penalty and a free kick?

A penalty occurs when a team commits a foul inside the box (the bigger of the two rectangles in front of the goal) and it allows the attacking team to take and uncontested shot on the goalkeeper. A free kick occurs when a team commits a foul outside of the box, and defenders are allowed to position themselves between the ball and the goal on a free kick.

Why are there ties?

Because sometimes life is about more than just winning and losing. And it’s called a “draw,” stop being so uncultured.

How does the points system work?

A team gets three points for a win, and one point for a draw. Losers get nothing, as it should be.

How does promotion/relegation work?

How do the playoffs work?

As is often the case with European soccer, there isn’t an elimination style playoff tournament to determine the league’s champion. Instead, the team that holds first place at the end of the league’s schedule is awarded the championship. If you’re disappointed about that, just think of it like this: Every regular season game is essentially a playoff game.