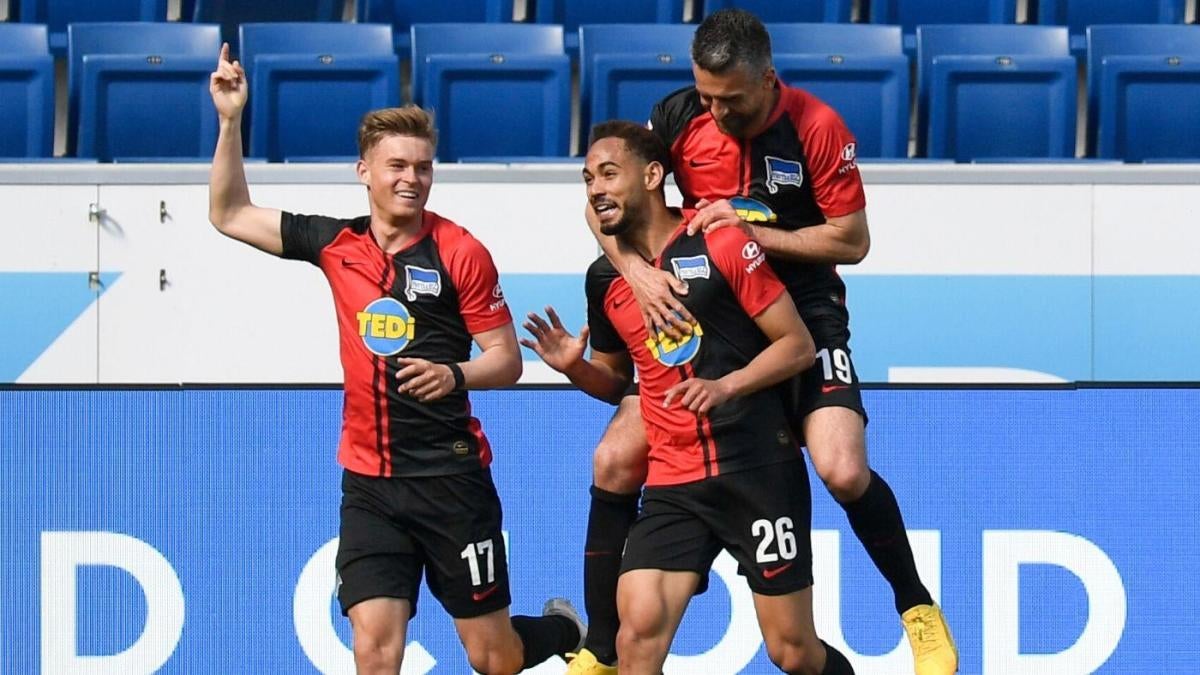 After two months without any major soccer, the Bundesliga returned this weekend in Germany. Matchday 26 is nearly in the books after seven games across Saturday and Sunday. Some things are constant like Bayern Munich being on top of the table and Paderborn being in the cellar, but there was some movement in the standings that could be a sign of things to come. In total, the eight games — all played without fans in attendance — brought us 22 goals with only Paderborn vs. Fortuna Dusseldorf finishing 0-0.

Here are the scores and three takeaways from what we saw during this memorable weekend. To see the league table, click here.

RB Leipzig out of title race?

Rust is expected, but RB Leipzig looked incredibly out of sync in front of goal on Saturday. Nine shots on frame, 19 total shots and just one goal to show for it saw the club drop from third place to fourth in the table. The midfield lacked sharpness, and Freiburg defended pretty well, especially in the box. Dropping those two points likely means RB Leipzig is out of the title race now, though not many experts considered them legitimate contenders to begin with.

Keep an eye on Cunha at Hertha Berlin

Mattheus Cunha was stuck at RB Leipzig and searching for consistent playing time after falling out of favor early on this season. He entered the campaign with big expectations after scoring nine goals last season as a teenager. But Cunha didn’t score in 13 games for RB Leipzig this season.

So then the 20-year-old Brazilian moved to Hertha Berlin in January, and boy has he delivered. He scored Saturday (his third straight game with a goal dating back to before the league shutdown), and suddenly Hertha looks like a dangerous team. Cunha and teammate Krzystof Piatek are two of better young strikers in all of the Bundesliga.

Need convincing? Just look at this goal he scored in the 3-0 win at Hoffenheim on Saturday:

Don’t be surprised to see him push 8-10 goals before the season ends.

Wolfsburg the favorite for Europa League spot over Schalke

Wolfsburg’s 2-1 win at Augsburg puts the club in the driver’s seat for a Europa League spot — and I think the team won’t relinquish it. First, Wolfsburg’s main competition is Freiburg and Schalke, and both teams have inconsistent defenses and are really struggling to score consistently. Schalke has two goals in its last eight games.

When you look at Wolfsburg, the group has one of the top backlines led by American John Brooks, with the club boasting the fourth-best defense in the league and one statistically superior to that of Borussia Dortmund.  Players are in sync defensively, help well and get rid of dangerous balls quicker than you can yell “shoot.”

A tough schedule to end the season could be where Wolfsburg slips back out of the top six. But right now, the team looks like a good bet to win that last Europa League spot.