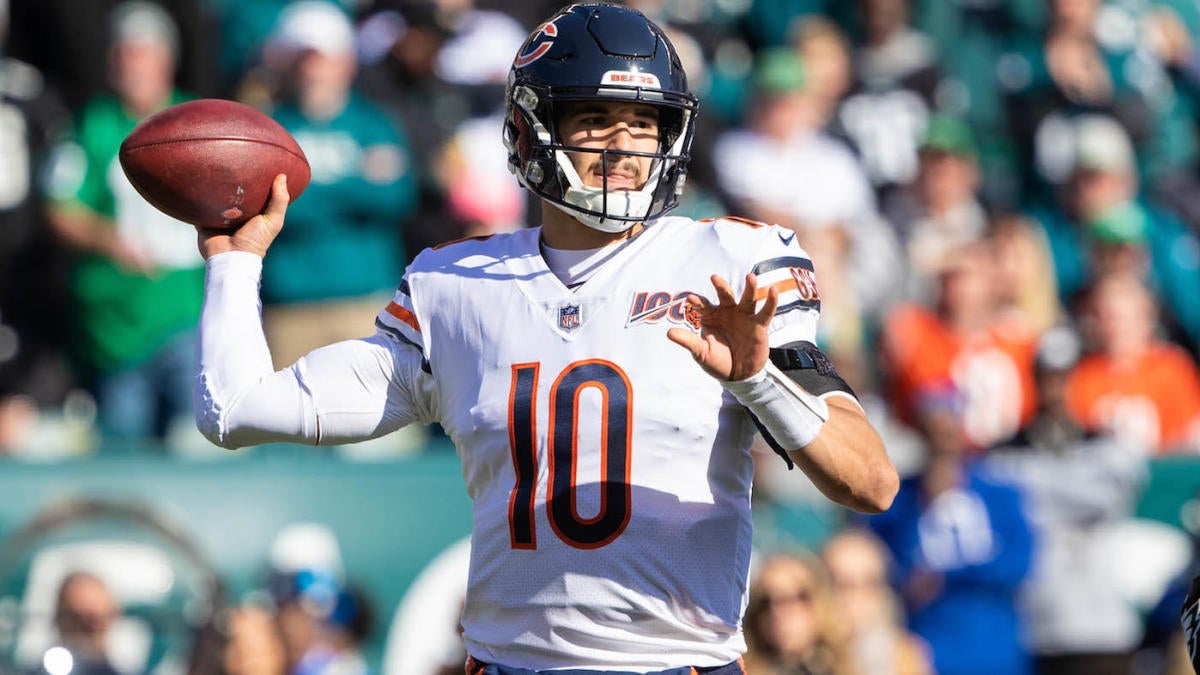 Ryan Pace has been the general manager of the Chicago Bears since the 2015 season, but it wasn’t until the 2017 NFL Draft that he really put his official stamp on the team. Armed with the No. 3 overall pick heading into that draft, Pace decided he needed to trade up one spot to land his quarterback of choice. As you no doubt know by now, that quarterback was not Deshaun Watson or Patrick Mahomes, but Mitchell Trubisky.

Things have obviously not worked out the way Pace presumably hoped they would. Trubisky has flashed some talent here and there, but he does not look like anything close to a long-term starting quarterback, and he actually regressed in Year 3, seeing his completion percentage, yards per attempt, touchdown rate, sack rate, passer rating, QBR, and rushing performance all drop from where they’d been in 2018.

With Pace heading into his sixth season at the helm and the quarterback on whom he staked his tenure faltering, he made a trade to bring in Nick Foles. Acquiring another quarterback to push Trubisky, whether merely as competition or relegating him to the bench, was the only logical move for the Bears. Why they chose to send out draft compensation for Foles rather than looking to sign one of the many available free-agent quarterbacks is another discussion, but there’s no doubt the team could not enter the season with Trubisky as their only startable option under center.

Acknowledging that and making a move for another QB would seemingly lead one to believe that the Bears did not intend to pick up Trubisky’s fifth-year option, which would keep him around through the 2021 campaign. Pace, though, demurred when asked about that exact issue, saying that as of now he is only focused on the draft, and he has until May 4 to make a decision on Trubisky’s contract.

Realistically, this seems like a case of a GM just not being willing to come out and say they won’t pick up the option until he absolutely has to say they won’t pick up the option. A quarterback’s fifth-year option salary is equal to the transition tag value from the year before, which means Trubisky would be paid $24.837 million for the 2021 season if the Bears were to pick it up.

Needless to say, Trubisky has not played at a level that would justify that type of price tag. If the Bears were to pick up that option, it would mean Trubisky would have the 14th-highest cap hit among all NFL quarterbacks in 2021, according to Spotrac. It would still be on the lower end of the spectrum among veteran passers, but with Chicago already having in excess of $174 million committed to just 25 players in 2021, it doesn’t seem like the kind of expense the team can afford — especially from a quarterback who has yet to live up to his draft slot.

The much more likely result is that the Bears let May 4 come and go without picking up Trubisky’s option, then let the competition between him and Foles play out. If he plays well enough that the Bears absolutely can’t let him go, well, that’s what the franchise tag is for. And in the more likely event that he doesn’t, they can stick with Foles or go shopping to find themselves a new long-term answer next offseason. The far more pertinent question is whether or not Pace will be the one making that decision.