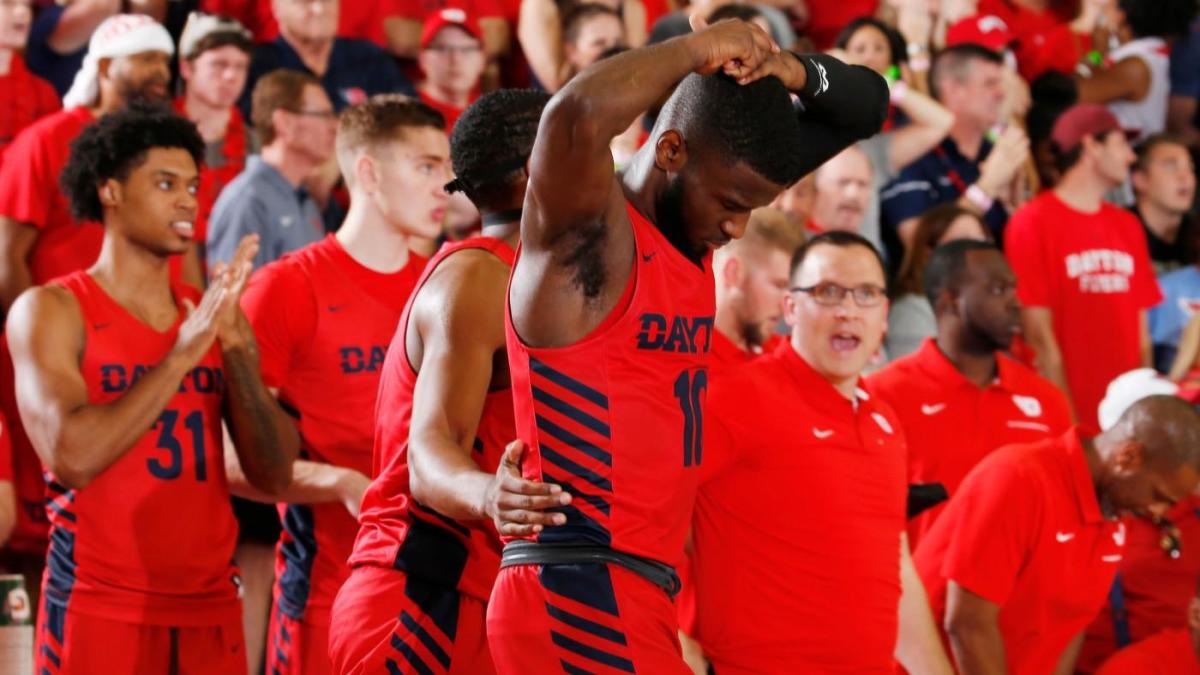 College basketball is pretty far down the list of things that matter during this COVID-19 pandemic that’s ravaged our country. Such goes without saying. But it doesn’t mean the 2020 NCAA Tournament being canceled three days before Selection Sunday wasn’t a huge bummer.

We all missed it.

And what I hated most about the cancellation is how it robbed championship-dreams from an unusually high number of schools that were greatly positioned to win a title for the first time in history. That was the interesting thing about this season, you know? For a variety of reasons, at least six schools that have never won a national title entered their conference tournaments with realistic hopes of cutting nets on the first Monday in April — evidence being that six zero-time champs were in the top 10 of the final AP Top 25 poll.

I feel especially bad for Dayton.

The Flyers were on track to be a No. 1 seed in the NCAA Tournament with the Naismith National Player of the Year (Obi Toppin) on their roster. How likely are they to ever be in that position again? It’s such a missed opportunity. So, with that in mind, I decided to look at the six zero-time champs that were in the top 10 of the final AP poll and see how well they’re positioned to bounce-back next season. The results were mixed.

The Zags have multiple players testing the waters of the NBA Draft — most notably All-American Filip Petrusev. But none of them are projected first-round picks. So, for now, the working assumption is that they’ll each eventually withdraw and return to school, at which point the Zags will officially be bringing back three of the top five scorers from a team that finished 31-2. They’ll be paired with a top-10 recruiting class highlighted by five-star guard Jalen Suggs. And that’s why Gonzaga is No. 1 in the 2020-21 CBS Sports Preseason Top 25 And 1 and thus, right now, the favorite to win the 2021 NCAA Tournament.

It should be noted that the NCAA Tournament being canceled stunk for every projected NCAA Tournament team — including teams like Kansas and Duke. But Kansas and Duke always have legitimate title-contenders. So it can’t possibly sting for those fanbases as much as it stings for Dayton fans — especially after Sportsline projected the Flyers to win the 2020 NCAA Tournament. History suggests it’s doubtful Dayton will ever again be a No. 1 seed with the nation’s best player. And now Obi Toppin is off to the NBA Draft, Jalen Crutcher and Ibi Watson are testing the waters, and Trey Landers and Ryan Mikesell have exhausted their eligibility. So the Flyers are losing at least three of their top five scorers, including Toppin, and possibly more. Consequently, making the 2021 NCAA Tournament is hardly guaranteed.

Devin Vassell and Patrick Williams both entered the NBA Draft, and Trent Forrest exhausted his eligibility, so the Seminoles are losing three of the top four scorers from a team that won the outright ACC title. That’s not ideal. But I still have Florida State 25th in the Top 25 And 1 because three of the top six scorers are returning, because five-star forward Scottie Barnes is set to join them, and because Leonard Hamilton has turned FSU’s program into a consistent winner that’s largely been reliable even with ever-changing rosters.

Jared Butler and MaCio Teague are testing the waters of the NBA Draft — but each is expected to return to Baylor. If that happens, Scott Drew will bring back three double-digit scorers — plus Naismith Defensive Player of the Year finalist Mark Vital — from a team that won a Big-12 record 23 consecutive games and was in position to be a No. 1 seed in the NCAA Tournament. In other words, the Bears should be really strong again, so good, in fact, that they’re currently No. 2 in the Top 25 And 1.

The Aztecs started 26-0, finished 30-2 and looked like a real threat to make the first Elite Eight and Final Four in school history. And, in theory, they were setup to compete for those same things next season. But then Malachi Flynn decided to forgo his final year of eligibility, which leaves San Diego State without its All-American point guard. That’s a big blow — especially when it’s combined with the fact that Yanni Wetzell and KJ Feagin are also gone. So San Diego State is expected to slip considerably. For what it’s worth, the Aztecs were removed from the Top 25 And 1 after Flynn’s announcement.

The Bluejays were set to return every player who started a game for this past season’s team that secured the No. 1 seed in the Big East Tournament — until Ty-shon Alexander announced he’s entering the NBA Draft despite being projected as a second-round pick at best. So Creighton’s ceiling has likely been lowered some. But three players who averaged at least 11.9 points per game — namely Marcus Zegarowski, Denzel Hahoney and Mitch Ballock — will be back, meaning the Bluejays should spend a second straight season looking like a candidate to make the first Final Four in school history.