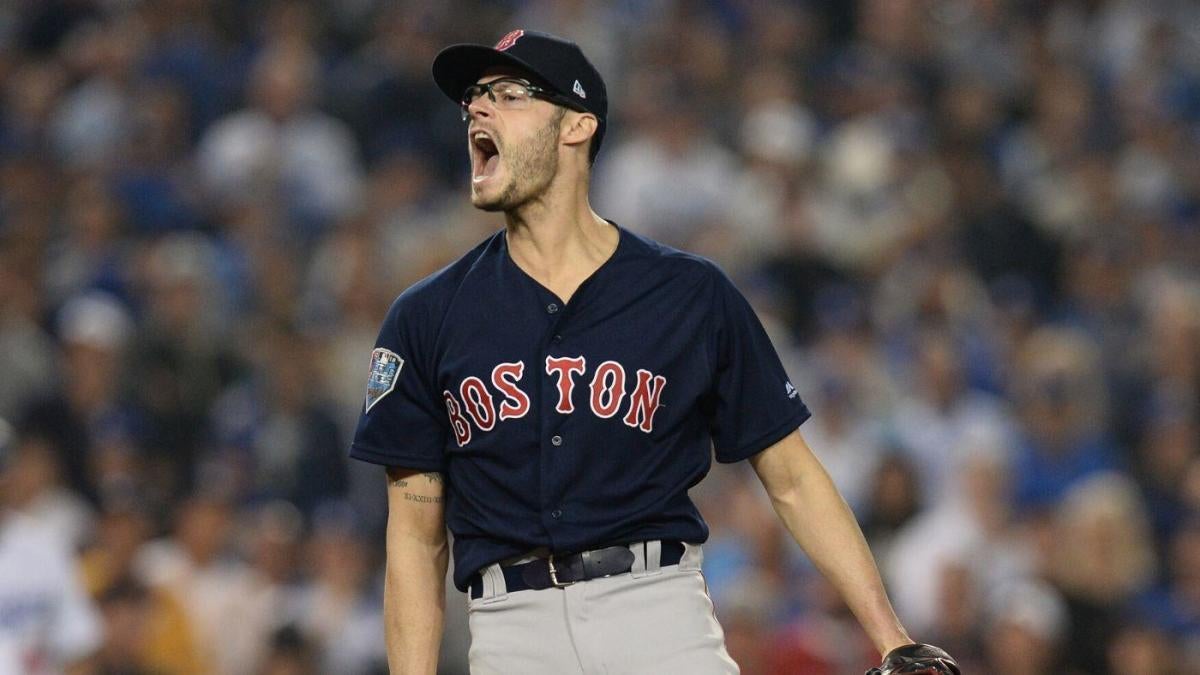 The Boston Red Sox aren’t just awaiting the start of the 2020 Major League Baseball season, which was postponed indefinitely due to the spread of the novel coronavirus. The club and current and former players are also awaiting a report from the league regarding their alleged sign-stealing during their championship 2018 season.

Recently, some players from the 2018 team started speaking out against the allegations. The 2018 World Series MVP, Steve Pearce, called the sign-stealing allegations a ‘joke’. And now, Former Red Sox and current Los Angeles Dodgers reliever Joe Kelly is sharing a similar sentiment.

In a recent interview with Rob Bradford of WEEI, Kelly called the league’s investigation into the 2018 Red Sox, “a debacle.” He also said that if the 2018 Red Sox would have swept the playoffs if they had actually cheated.

“The whole thing is a debacle to me. Now sitting at this point with no baseball being played and no results on an investigation, I just feel like was I dreaming? Is there actually an investigation? It’s like the Boogeyman series, what’s the deal with this thing? From the get-go I just thought it was laugh out loud funny. Now that this is the last thing on people’s mind obviously with how the world is right now. Whenever the investigation is done I’m interested in seeing what is in the investigation. If there is cheating involved with how good our team was we should have won every single out. We should have not even lost an inning if there was some good cheating involved, which would have been a lot more fun because we would have won in four. We would have swept through the playoffs and made it really, really fast and been able to go to Hawaii or go to Mexico and go on vacation a lot sooner than we did.”

The Red Sox are accused of stealing signs by using their replay room in a violation of the league rules. At the end of March, MLB commissioner Rob Manfred said the investigation was completed but explained there had been delays in terms of producing the written report. Manfred said the Boston report would be published before the league resumed play, whenever that may be.

It’s one of two sign-stealing scandals that have been at the forefront of this year’s offseason. As a result of the Houston Astros 2017 sign-stealing scheme, the club was fined $5 million (the maximum amount under the Major League Constitution) and stripped of four draft picks. General manager Jeff Luhnow and manager A.J. Hinch were each suspended for the season as well, but the Astros fired both in the aftermath following MLB’s investigation.

As fallout from the league’s nine-page report of its investigation into the Astros, the Red Sox parted ways with manager Alex Cora after he was cited as one of the ringleaders behind Houston’s scheme. Before Cora was hired as a first-year manager for the Red Sox in 2018, he was a bench coach for the 2017 Astros team.