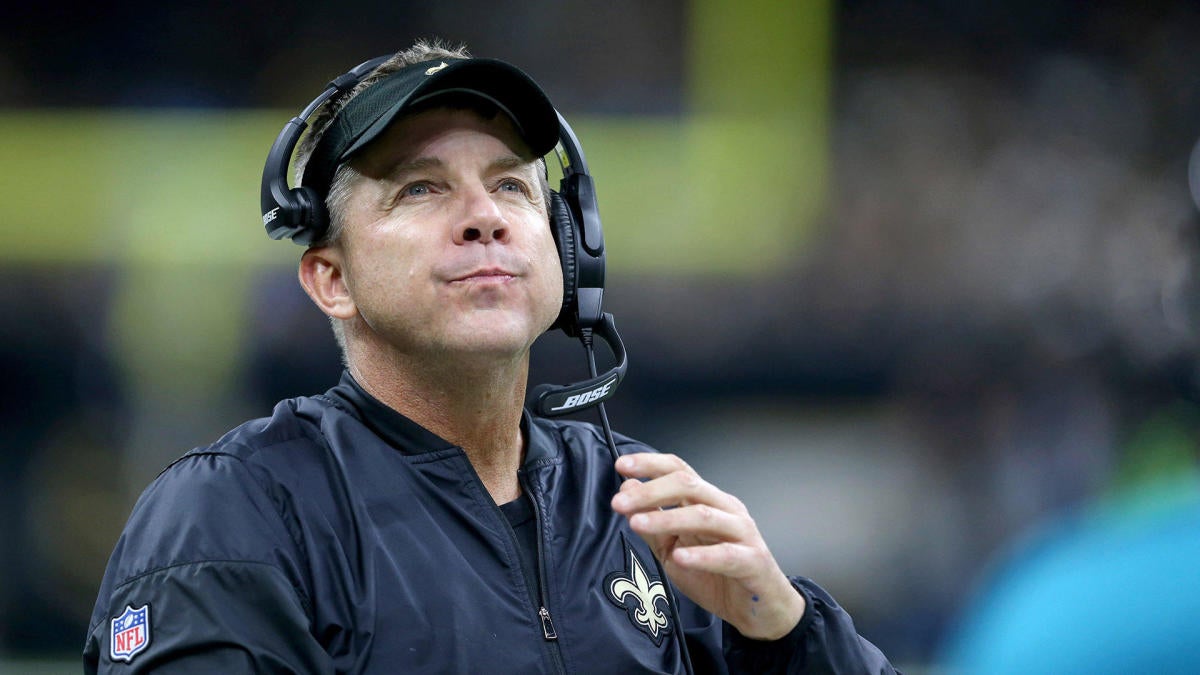 There were myriad reasons why I assumed Saints coach Sean Payton signed Jameis Winston as a back-up quarterback for 2020. Winston only recently turned 26 years old. He is a former Heisman Trophy winner. He led the NFL in passing yards in 2019, and was second in touchdown passes to MVP Lamar Jackson. Winston badly wanted to spend the season with Payton, a QB maestro who helped revive Teddy Bridgewater’s career. Oh, and at $1M for one season, the price is right.

There was also another ancillary part of the Saints evaluation that I had never pondered, however. Something that had never crossed my mind but that was among the factors Payton weighed this spring in deciding whether to sign Winston, who had spent the first five years of his career with NFC South rival Tampa after being the first overall pick in 2015.

“You say, ‘Well, throw Winston into this draft – because we can all remember him coming out and I was there at his Pro Day and sat right literally five yards behind him as he threw 80-some, 90-some passes,” Payton said on my radio show, Inside Access on 105.7 The Fan in Baltimore. “How would he grade? And I think he’d fare extremely well in this class, and a number of classes, enough to where someone thought that much of him that they selected him with the first pick in the draft.

“Heck, they lost a game on purpose to us at the end of the season prior with (head coach) Lovie Smith. They forced Lovie to take his starters out of the game so they could get the one spot to draft Jameis. So we’re excited to work with him, and he’s still a young player – only 26 years old I believe – and I know he’s got a great work ethic and I know he’s competitive. So we’ll see how that unfolds, but we’re excited that he’s joined our team and he’ll be a part of what we’re trying to accomplish.”

Turns out Payton was just getting started. He went on to express his dismay with how the NFL handled its “Bountygate” investigation into the Saints years ago and made it clear he doubts the NFL will pursue recent allegations by former Steeler James Harrison with the same vigor (Harrison claimed on a podcast that Mike Tomlin handed him an envelope, ostensibly of cash, after incurring a $75,000 fine in 2010). The Steelers have since issued a statement denying Harrison’s claim.

Payton’s candor and transparency are rare qualities among football coaches and his visceral responses were greatly appreciated.

As for that game in question from Week 17 of the 2014 season, the Saints (7-9) were trailing the Bucs (2-14), 20-3 at half time, and indeed, into the fourth quarter, before New Orleans produced the final 16 points of the game, assuring Tampa of having the worst record in the league and thus the chance to choose between Winston or Mariota atop the 2015 draft. The Bucs did indeed start to yank key starters off the field late in that game despite the lead.

After that game, Smith said the following: “The guys you saw in the first half, the game plan was for them to be in there. The second half, we wanted to look at some more football players.  I think that’s not out of the realm of possibilities, to look at some other guys.  We’re not going to the playoffs and we have a comfortable lead and we’re going to run the football.

“One win wouldn’t have helped an awful lot. We’re going to feel better when we’re winning our division. Until then, we don’t feel good about a lot except for knowing our roster a lot better and knowing the direction we need to go. If we had won today, we would’ve felt better about this game, but the season as a whole, that’s not where we want to be.”

It didn’t pass many sniff tests at the time, and it clearly hasn’t passed muster with Payton now five years later. Especially when considering that Payton was levied one of the steepest penalties in the history of the league for his team’s alleged bounty program, charges that the final report on the matter, by former Commissioner Paul Tagliabue, did not quite back up. Regardless, Payton was banished from the league for a year and lost his entire salary. So no one should be surprised if he keeps a close eye on how discipline is meted out other circumstances; with the Steelers one of the game’s hallowed franchises he doesn’t anticipate Harrison’s claims leading to even a slap on the wrist.

“If people are waiting for the league to investigate that, they shouldn’t hold their breath,” Payton told us (the entire interview can be found here). “I think what took place with us back in 2011, in so many ways was a sham. And yet there wasn’t a lot we could do with it. The players were vindicated, but from a league or coaching standpoint, there is no union. There is no representation.”

Payton and Saints defensive coordinator Gregg Williams were both suspended for a year before reinstatement and New Orleans also lost second-round picks in 2012 and 2013. Payton isn’t banking on us seeing that again.

“That’ll be something that’s tucked away or under the rug at (NFL headquarters) at Park Avenue. They’ll look into it briefly. Listen, don’t get me started on that. I love $6M in salary and honestly, it was something that I’ll never truly get over because I know how it was handled and how it was run and the reasons behind it. That’s just the truth.”

Payton was also a driving force behind the owners opting to change the rules a year ago and enact a replay review of pass interference after the Saints lost a chance to go to the Super Bowl because of a blown call in the 2019 NFC Championship Game. And now, a year later, that was scrapped, too.

“I think the theory behind it, and what the league voted on – and when I say the league, all 32 teams – certainly it had a chance to be successful,” Payton said. “But quite honestly, we weren’t ready in New York (in the relay command center) to handle it. I know that sounds critical, but that’s just a fact … And if we’re not there, then we shouldn’t have it. I think that’s the feeling that all of us have right now, including myself.”

Payton, who battled Covid-19 and continues to donate plasma and raise awareness about research toward a vaccine, has been one of the more progressive coaches in the NFL in dealing with this uncertain climate we are in. He got playbooks to his rookies and new acquisitions but otherwise isn’t partaking in what seems to some to be a farcical “virtual offseason,” with online meetings and such. His players have known for weeks that they do not have to worry about reporting to the facility until training camp no matter what the NFL ends up allowing teams to do.

It has been very well received by his players, and once again Payton and his Saints are among a small handful of Super Bowl favorites. With so much else going on in the world, he is content to wait until July, or whenever training camps open, to begin that push.

“I want them to focus in on their families and the state laws and local guidelines … and come to training camp in the best shape of their lives ready to go. We have a veteran team with great leadership and I don’t want to create these additional distractions of uncertainty. … and it’s worked out well so far.”