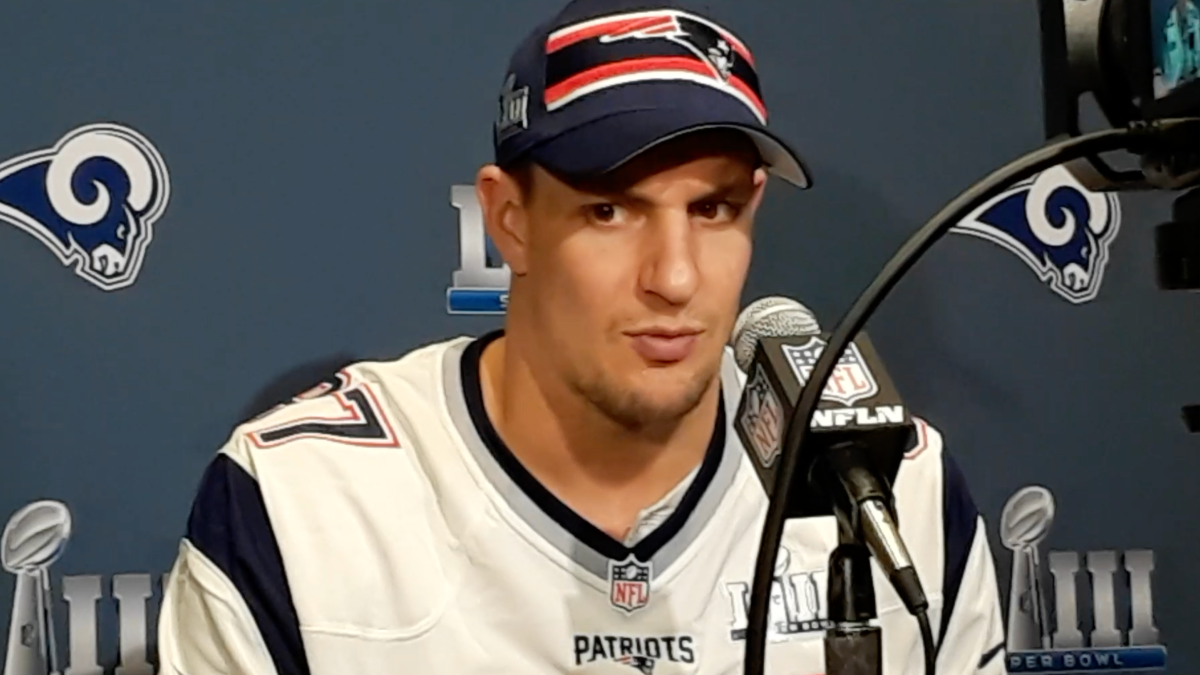 After one year of retirement, Rob Gronkowski is returning to the NFL, and surprisingly, he won’t be making his return in New England.

In a stunning move, the Patriots and Buccaneers have agreed to terms on a trade that will bring Gronk out of retirement and send him to Tampa. In the deal, the Patriots will be sending Gronk and a seventh-round pick to the Buccaneers, and in return, New England will get a fourth-round pick from Tampa, the teams announced Tuesday.

“Pending the physical, Rob has agreed to play for Tampa this season. He will honor his current contract at this time,” Rosenhaus said. It was later reported by ESPN’s Adam Schefter that Gronk had already passed his physical.

The fourth-round pick sent by the Bucs to the Pats is the second of Tampa Bay’s two fourth-rounders, No. 139 overall. The trade gives the Patriots five picks between No. 85 and 140 in this weekend’s draft. The seventh-rounder coming to Tampa, meanwhile, is No. 241 overall and was obtained from Seattle in a 2019 trade of tight end Jacob Hollister. As a result of the deal, the Buccaneers have one pick in every round of the draft.

What this all means is that GRONK IS COMING OUT OF RETIREMENT. According to NFL.com, Gronk informed the Patriots this week that not only did he want to return to football, but he wanted to reunite with Tom Brady. The reason the two teams had to work out a trade for Gronk is because the tight end had one-year remaining on his contract with the Patriots when he called it quits following the 2018 season, and since he didn’t play in 2019, that meant he was still under contract with New England for one more year.

The final year of Gronk’s contract will pay him as much as $10 million in Tampa. Gronk has a base salary of $9 million and an additional $1 million that can be earned by means of a workout bonus ($250,000) and per-game roster bonuses that will allow him to earn up to $750,000.

If you’re wondering why the Patriots would trade their retired tight end, well, they didn’t really have a choice due to their precarious salary cap situation. As of April 21, the Patriots had roughly $2.1 million in salary cap space, which is a huge issue, because once Gronk is officially an active player again, New England would have to immediately make room for his $12 million cap hit. If the Patriots couldn’t make the room, then they would have two options: Trade him immediately or cut him.

Obviously, the Patriots chose to go with option one. Trading him away makes a lot of sense for the Patriots, because they’re a rebuilding roster that needs all the draft picks they can get.

Although the Gronk news is absolutely shocking, there had actually been some rampant speculation about a potential Gronk return for nearly two weeks, and it all started the tweet below.

Gronk had a chance to deny that wild rumor during a Monday interview on “Watch What Happens Live with Andy Cohen, but that’s not what happened. Instead, Gronk hinted at a potential return when he said that he might not be “totally done” with football.

The Gronk rumors have been so persistent over the past few weeks that Buccaneers general manager Jason Licht was actually asked about the possibility of adding Gronk during a recent press conference, and he didn’t exactly shoot down the idea.

“Well he’s doing a pretty good job in WrestleMania right now,” Licht said. “I have no idea if he’d want to play.”

In Tampa, Gronk will be reuniting with Brady, who he spent nine seasons with in New England. During their time together, Gronk caught 78 touchdown passes from Brady, which is the most of any receiver in Brady’s career. With the Gronk and Brady both in now in Tampa, it’s starting to feel like there’s a good chance the Buccaneers will be able to end their 13-year playoff drought, which is the longest in the NFC and second-longest in the NFL.