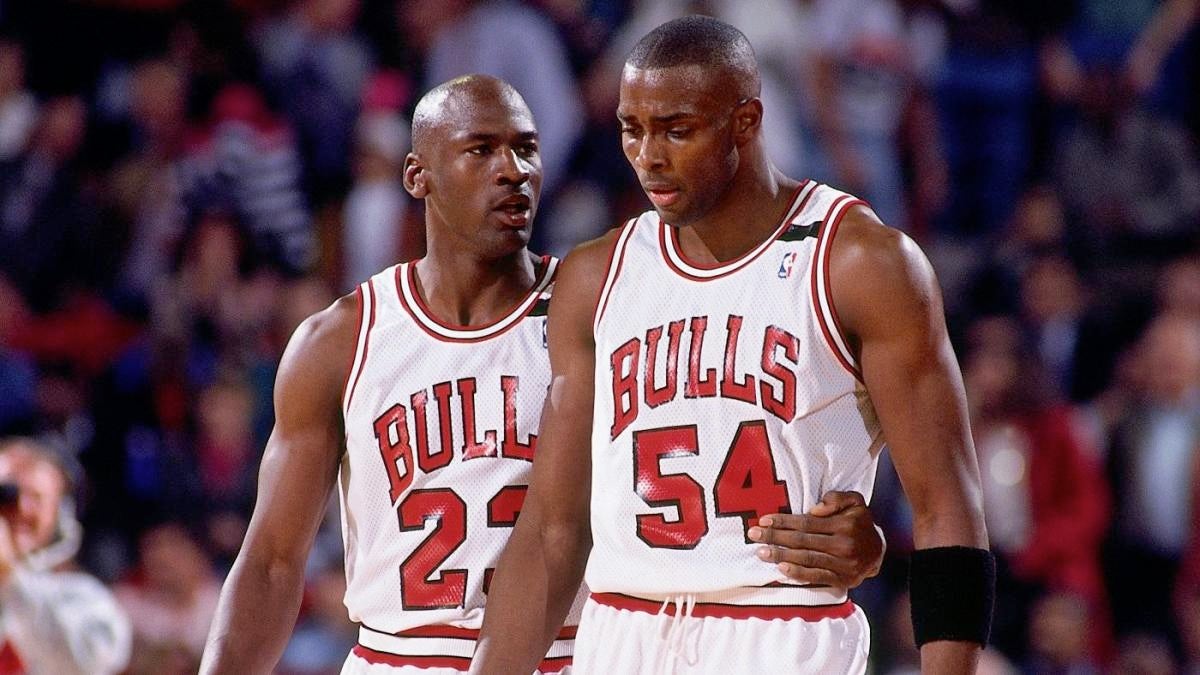 The greatest trick Michael Jordan ever pulled was becoming a villain right in front of our eyes — and looking like a hero while doing it.

That’s the essence of what has to be acknowledged as the most enjoyable and enlightening Jordan interview excerpt we’ve seen so far from “The Last Dance,” which is now eight episodes deep into its 10-episode run.

Near the end of Episode 8, director Jason Hehir once more pulls a move that has served this documentary-as-cultural-event so well. Hehir hands Jordan a tablet for him to watch interview subjects speak about him, in the present day, with Jordan getting the benefit of being afforded a last word on whomever it is he’s provided to roast or rebel against.

I am here to tell you that Michael Jordan reacting to Gary Payton talking about Michael Jordan is as pure a look into the mind of M.J. as you’ll ever get of the man — at least away from his greatness and killer instinct so often laid bare on the basketball court.

Payton is one of the best defenders in NBA history. He was as good of a trashtalker as Jordan could claim to be, and in fact Payton did a great job guarding and harassing 23 in the ’96 Finals. Payton was the Defensive Player of the Year in 1995-96, and he helped Seattle sidestep infamy by dodging a presumed sweep at the hands of the 72-win Bulls. Loaded up alongside Shawn Kemp, Payton and the Sonics worked to a respectable six-game defeat. Like more than 100 other interview subjects, Payton agreed to have a chat, to reminisce on his team getting worked by Chicago. He could have said a few platitudes, offered up a nice quip of a quote and been done with it.

But that’s not the Glove’s style.

And so it had to come to this. On Sunday night, Jordan took off the cape, donned a proverbial villain’s mask and ended Payton. There is no coming back from this. Whichever reporters wind up tracking down Payton for a follow-up, well, that will be forgotten about almost immediately anyway. This video is what makes Jordan, and this documentary, so irresistible.

You’ve got Payton being so damn sure of himself, saying things would have been different if he guarded Jordan from the outset. Jordan can’t wait for this. The cackling. The big eyes, the raised brow. Jordan busts a gut again when Payton says, “It was a difference with beating him down a little bit.” Then, a beat to take it all in.

Oh, it almost sounds reverential for just a second there. The Glove. One of his contemporaries during the golden years of the NBA.

“I had no problem with the Glove.”

As smooth as it is savage in delivery. Like Jordan forgot about this man for two decades before needing to be handed a tablet to remind him of who he played against in June of 1996. Jordan in fact averaged 27.3 points on 41.5 percent shooting against Seattle. It was indisputably his worst Finals; it’s the only time he failed to average north of 30 points and shot worse than 45 percent. Payton does have a case.

But the Bulls won the series in six and Jordan was the MVP. That’s all anyone remembers or cares about. The 1995-96 Bulls culminated the most dominant wire-to-wire season in NBA history by winning a championship in Jordan’s first full season back in the league. That’s the legacy, and it’s really what sets the table for the 1997-98 doc to even happen anyway.

But that clip is so telling. Of Jordan, but also of us. It’s compelling as hell. Jordan comes off looking like some sort of unhinged supervillain — and we like him even more because of it. He’s laughing at roadkill 24 years in his rearview. With the hand-back of a tablet, Gary Payton and SuperSonics are disposed of. It is affable arrogance, and there isn’t another athlete alive today who can pull it off.

Watch it again; you know you want to. Jordan looks more villainesque than at any other point during Episodes 7 and 8, which is notable because Sunday night was supposed to be the night we had to reckon with Jordan’s abusive behavior to teammates. These two episodes were to be what made us feel uncomfortable about all the praise from the prior six. These were supposed to be the two episodes that humanized — and villainized — the greatest basketball player in history.

Instead, the documentary continued to blast Jordan’s legend and likability beyond the stratosphere. Buzzed-about behind-the-scenes footage of Jordan picking fights with (or just plain picking on) teammates were practically muted compared to legends of his alleged abusive behavior.

We predictably saw him rag on Scott Burrell and yes, we got firsthand accounts from both Jordan and Steve Kerr recalling when Jordan took a closed right fist directly into Kerr’s eye socket. But even that long-established anecdote was wrapped with a bow on the doc with Kerr proclaiming it was “the best thing I ever did” to further his career and push the Bulls closer together in the infancy of that historic 1995-96 season.

Sunday night brought into focus the murder of Jordan’s father, James, and how that set into motion his earth-stopping retirement in the fall of 1993. We learned two things from Jordan in Episode 7: that when the Bulls won the ’93 title, his dad was the only one who really knew he was planning on retiring, and that the final conversation James and Michael Jordan ever had included a father telling his son to chase his dream of playing baseball.

James Jordan was next to Michael after the Bulls’ championship-winning nights in 1991, 1992 and 1993. He’s in the photos, soaked in celebration, sitting or standing beside his son in celebration.

This was juxtaposed against Jordan’s beloved villainy, which was laid out in his sociopathic motivations. Inventing grudges or actions that pushed him to new levels of vengefulness. But the devil of it all is that Jordan balances this by showing how human and fragile he can be. He cares so much, his joy for killing his competition so genuine, that emotion is a finality for every ending in 1991, 1992, 1993, 1996, 1997 and 1998. Each time is catharsis. And it never seems staged, forced or fake.

That’s why this documentary is reeling millions in. Jordan gave a damn more than anyone ever gave a damn and losing was death.

The end of Episode 8 brings around that ever-familiar image of a stretched-out Jordan on his stomach, in Chicago, crying in solitude after winning Game 6 against Seattle. His father’s been dead for almost three years. You’ve seen this video tens if not hundreds if not thousands of times. But did you ever actually hear it? On Sunday, yes. You can hear the heaves, hear the expulsion of misery and regret, the outpouring of joy and emission of probably three or four other types of emotions that Jordan himself would have trouble articulating to this day.

That coming at the end of Episode 8 wraps a ribbon around the even more powerful conclusion to Episode 7, where again we see Jordan as villain as much as we do as hero. But instead of being animated in a comical way, he’s the most emotional we’ve seen him so far in this doc.

What a moment. And just before that clip, Jordan’s most intense, clear-eyed quote of this entire thing: “You ask all my teammates? The one thing about Michael Jordan was: He never asked me to do something that he didn’t f—–g do.”

That’s power, that’s intimidation and that’s 100 percent accurate. He was the hero and he was the villain and he was everything you wanted him to be while being nothing no one else could ever be.