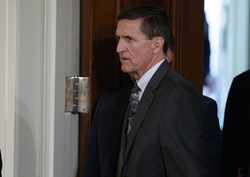 We’ve all seen footage of those carefully timed explosions that bring down antiquated buildings and clear the ground for new ones. A horn sounds, the detonations begin, the building shakes, suspended for a frozen moment, and then collapses in a vast cloud of dust. That, metaphorically, is what is happening to the Obama administration’s legacy.

The presidential edifice has come down in two episodes, and the dust has not yet settled from either one. The first wrecked President Obama’s most consequential policies: the Affordable Care Act and the Iran nuclear deal. The second, happening now, is crushing its reputation for integrity, for following the most basic rules for conducting free and fair elections.

Consider Barack Obama’s biggest policy achievements. Trump campaigned on overturning both Obamacare and the Iran deal. And that’s what he’s done as president. For Democrats, these were bitter losses. Liberals and progressives alike were determined to defend them, even after losing the House and Senate in 2016. On those and other touchstone issues, such as immigration and judicial appointments, they were not looking for compromise solutions.

Neither was Donald Trump. As the new president, his most fundamental decision was to obliterate those Obama policies, not modify them at the margins. He wanted to erase the Affordable Care Act before it became an indelible feature of American life. Although the Republican Congress fell just short of repealing it and the Supreme Court didn’t do the job for them, Trump did manage to eliminate its essential funding mechanism (the “individual mandate”) and to lop off as much else as he could. (He and his party still haven’t figured out how to replace it. Obama’s lasting achievement is that even conservative Republicans realize they must do more than repeal it. They must deliver a replacement.)

Internationally, Trump rejected Obama’s ideas of cooperating with Iran, edging away from Saudi Arabia and Israel, and using treaties, cash, and economic ties to tame the Islamic Republic. None of that worked, Trump concluded. He saw Iran as an implacable foe, determined to dominate the Middle East and threaten American interests. Once the nuclear deal expired, Iran would rush to build nuclear weapons. Instead of waiting, Trump exited the agreement, began ratcheting up sanctions, and bolstered the military to deter Iran, China, and others.

Trump did not run as a moderate Republican. His populist, nationalist agenda posed an obvious threat to everything President Obama and his party had accomplished, as well as establishment interests within the Republican Party. The good news for Democrats (and their allies in Washington’s law firms, lobbying shops, and government bureaucracies) was that candidate Trump had only a remote chance of winning. Still, he needed to be watched closely.

Now we know just how closely. We are learning just how many laws, regulations, and procedures the Obama administration trampled in the process. Each new tranche of declassified documents adds to the disturbing picture. All would have remained hidden if Hillary Clinton had won.

The documents put the lie to Obama’s famous declaration that his administration was not tarnished by “even a smidgen of corruption.” Now, it seems, there are smidgen droppings all over the place.

Obama’s FBI, CIA, Department of Justice, director of national intelligence, and White House national security team were all involved in extensive, illegal surveillance of the Trump campaign and presidential transition. The spying continued after Trump took office, thanks to holdover officials and anti-Trump bureaucrats. The inescapable conclusion is that law enforcement and intelligence agencies were politicized under Obama and used to target the opposition party.

The partisan dimension is crucial to the scandal. This wasn’t just spying on American citizens; this was spying on political opponents. That should be clear from the “Steele dossier,” a series of fabulist tales commissioned by the Democratic National Committee and Clinton’s campaign. None of Steele’s major claims have been verified. Some are now believed to be Russian disinformation. The rest are little more than gossip, as Steele’s own source admitted. Yet Democratic operatives trickled this sludge back into the FBI. Instead of rejecting it as false and unverified, the FBI presented it to the Foreign Intelligence Surveillance Court to secure warrants on Trump aides. FBI Director James Comey and his DoJ partners renewed the warrant three times, relying on the same bogus material.

This project wasn’t carried out by one or two rogue agents. Top officials at the FBI and DoJ were directly involved. So was the Obama White House, according to secret text messages between FBI agents Peter Strzok and Lisa Page. Even without the text messages or declassified documents, we can infer the White House must have been deeply engaged. Only very senior officials could (1) authorize spying on an opposition presidential candidate and (2) coordinate the efforts of so many powerful agencies across the government.

Could Trump have stopped all this once he took office? Could he have discovered the full scope of earlier surveillance? Not without trusted aides who understood counterintelligence. He had only one: Gen. Michael Flynn. His new national security adviser had run the Defense Intelligence Agency.

As a seasoned intelligence officer, Flynn posed a real danger to those spying on Trump and trying to undermine his presidency. That’s why they acted so quickly to remove him. The documents released last week show how they did it. We learned that Flynn was investigated for Russian ties after he left the DIA. He was cleared by the investigating agents. They were ready to close the file but were overruled by Comey and his second-in-command, Andrew McCabe. The bosses wanted to keep the file open as they searched for some way to remove Flynn.

They found it when acting Attorney General Sally Yates mentioned that Flynn might have violated an obscure law, the Logan Act, by speaking to the Russian ambassador during the transition. Flynn’s call was common practice and perfectly legal. The Logan Act “violation” simply a pretext. It had never been used to convict anyone. Still, Comey used it to justify an FBI interview with Flynn, disguised as a friendly meeting but actually designed to entrap him. The agents who interviewed Flynn said he seemed truthful and cooperative. Again, FBI leaders overruled them. They reworded the agents’ description of the interview, said Flynn lied, and prepared the case for prosecution. When news of Flynn’s “lying” leaked (illegally), he was forced to resign. The next step was to press him to incriminate Trump and others around him. That’s where Robert Mueller’s Office of Special Counsel came in.

Mueller’s office was established after Comey, who was fired in May 2017, leaked documents to the New York Times. His goal was to force the appointment of a special counsel, who would prove Trump won the presidency by colluding with Russia.

There was a snag, though. Trump had not colluded with Russia, and neither had his campaign. Mueller’s final report made that apparent, though it did everything possible to avoid saying so plainly. What the new documents tell us is that the FBI and DoJ knew that before Mueller was appointed. Mueller’s team must have learned it quickly since they had all the underlying documents on Carter Page, George Papadopoulos, Paul Manafort, and others. The key links in the collusion story were all cleared, early on.

But the Mueller team had no intention of aborting their mission. Andrew Weissmann, Mueller’s number two, hired a team of virulently anti-Trump prosecutors and kept the investigation going for more than two years. Their relentless pursuit hobbled the Trump presidency, but they never managed to indict a single American for working with the Russians.

They did manage to break Flynn financially, though, and they threatened to break his family by indicting his son unless the general pleaded guilty to lying. Flynn took the deal. The whole case unraveled last week, thanks to Attorney General Bill Barr. It was Barr who asked U.S. Attorney Jeff Jensen to review the documents with fresh eyes. Jensen found that when Comey sent agents to interrogate Flynn, he was not pursuing a legitimate investigation. It was all a ruse. The case was worthless, despite Flynn’s guilty plea.

Egregious as the Flynn case is, it represents something much larger than injustice for one man or innocent mistakes by fallible officials. It was part of a broader effort to spy on political opponents, turn law enforcement and intelligence agencies into partisan instruments, and undermine a duly elected president by illegitimate (and likely illegal) means. If the effort really was that pervasive, if the means really were illegal, if the leaders really were senior officials, this would be the biggest political scandal in American history. We cannot say yet that it is. We won’t know until we see more documents and U.S. Attorney John Durham completes his criminal investigation. But we have already seen very serious malfeasance by very high officials, coordinated across multiple departments. Amid this swirling debris, the Obama legacy is imploding.

Charles Lipson is the Peter B. Ritzma Professor of Political Science Emeritus at the University of Chicago, where he founded the Program on International Politics, Economics, and Security. He can be reached at charles.lipson@gmail.com.