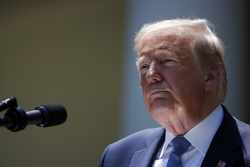 Donald Trump, Jr., the President’s eldest son, thinks that his father is getting a raw deal. In a recent appearance on “Team Trump Online”—a nightly video series that serves as a substitute for campaign rallies and often attracts more than a million viewers—he complained that his father is having to wage war against “the deep-state guys” and unchecked attacks from “influencers on the other side.”