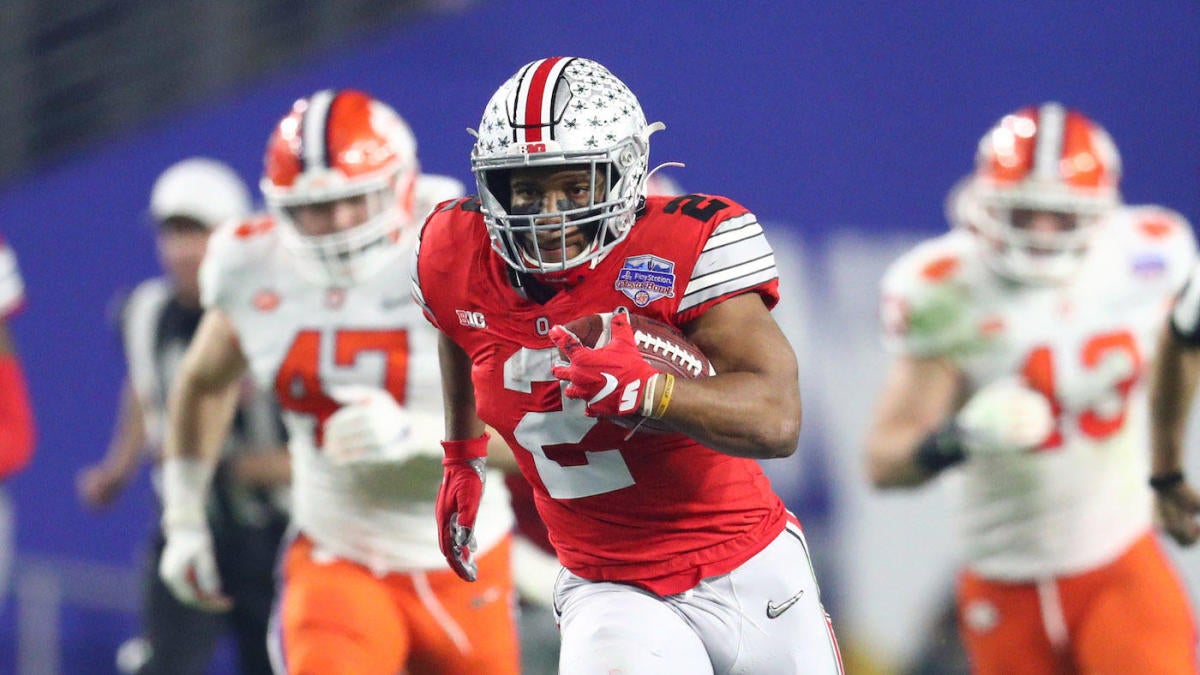 The Ravens have received well-deserved praise following their 2020 NFL Draft. Stop me if you’ve heard that one before, but there’s a reason you hear it so often — Baltimore might just be the most consistent and overall best-drafting team in the NFL. It’s how they transitioned from Joe Flacco’s bloated contract without a hiccup and were back atop the AFC North just two seasons later.

With the 28th pick in this class, Baltimore was able to select Patrick Queen, arguably the best inside linebacker prospect in the 2020 draft and someone that should finally fill the hole left by C.J. Mosely’s departure in 2019. Queen was expected to go several picks and at least one linebacker before he actually did. The Ravens spent their next pick on running back J.K. Dobbins, a hard-nosed running back out of Ohio State who last season became the first player in program history to rush for over 2,000 yards in a season. Dobbins should help keep the Ravens’ top-ranked rushing attack rolling in 2020 as a cookie-cutter perfect fit for the offense and blocking scheme.

The Ravens, despite waiting until Day 2, did eventually acquire new receivers for quarterback Lamar Jackson. With the 92nd pick, Baltimore selected former Texas wideout Devin Duvernay, who caught 106 passes for 1,386 yards and nine touchdowns in 2019. In the sixth round, the Ravens acquired James Proche, who caught 204 passes and 27 touchdowns during his final two seasons at Southern Methodist.

The Ravens spent five picks addressing the trenches on the offensive and defensive lines. With the 71st pick, Baltimore selected Justin Madubuike, one of the top defensive ends in the draft who recorded 22 tackles for loss during his last two years at Texas A&M. In the third and fourth rounds, the Ravens made two key additions offensive line with the selections of guards Tyre Phillips and Ben Bredeson.

While Baltimore was able to address their most pressing needs during the draft, let’s take a look at the things that they still have to address before the start of the 2020 season.

The Ravens, despite finishing just 21st in the league in sacks last season, did not select a single pass rusher during the 2020 draft. Baltimore had several opportunities to select several edge rushers during the draft that included Utah’s Bradlee Anae, who recorded 13 sacks in 2019. Anae was ultimately selected by the Cowboys in the fifth round. Outside of Matt Judon, no other Ravens player finished with more than five sacks last season.

The Ravens also signed Mississippi State pass rusher Chauncey Rivers, whose time at East Mississippi Community College was documented on the Netflix series, “Last Chance U”. Rivers, who initially started his college career at Georgia before heading to EMCC and eventually Mississippi State, but up decent numbers in two seasons with the Bulldogs, recording eight sacks, 67 tackles and 15.5 tackles for loss.

The Ravens also have some options in free agency that could possibly include Ezekiel Ansah, a former Pro Bowler who recorded 48 sacks during his six seasons with the Lions.

While Baltimore boasts two Pro Bowl tackles on Ronnie Stanley and Orlando Brown, the Ravens don’t have much depth behind them. Will Holden, who has appeared in 11 regular season games, is currently second behind Stanley on the depth chart, while Brown is being backed up by Andre Smith, a 12-year veteran who has missed a slew of games due to injury over the past several years.

The Ravens have some options here in free agency that include Cordy Glenn, Kelvin Beachum, Greg Robinson and Jason Peters.

While Nick Boyle and Mark Andrews make for a very good duo, the Ravens could use another tight end, given how important that position is to Baltimore’s offense. And despite there being several promising tight ends in this year’s draft, the Ravens decided to pass on that position. One player that would have likely thrived in Baltimore’s offense was Cincinnati tight end Josiah Deguara, who ended up being taken by the Packers with the 94th pick. While he’s not a prototype tight end, Deguara, a 6-foot-3, 240-pound target that caught 12 touchdowns during his last two years with the Bearcats, could have been an effective security blanket for Jackson.

Baltimore did pick up two undrafted tight ends in Oregon’s Jacob Breeland and Georgia’s Eli Wolf. The 6-foot-5, 250-pound Breeland caught 74 passes and 13 touchdowns during his last three years with the Ducks, while Wolf, who checks in at 6-foot-4 and 236 pounds, caught 13 passes in 2019 while averaging nearly 15 yards per catch.

Given that the free agent market isn’t too terribly strong as it relates to the tight end position, the Ravens are surely hoping that either Breeland or Wolf is good enough to make the team’s final 53-man roster.

4. Getting deeper at cb

The Ravens have good depth on the outside with cornerbacks Jimmy Smith, Marlon Humphrey and Marcus Peters leading the way. It’s on the inside where the Ravens need help, however, with Tavon Young coming off his second straight injury-marred season. Baltimore also declined to pick up Brandon Carr’s option and he continues to sit on the open market.

Baltimore, who did not select a cornerback during the draft, signed two undrafted cornerbacks in Utah’s Josh Nurse, Northern Arizona’s Khalil Dorsey. A former walk-on, Nurse earned a starting job during his final season at Utah. Dorsey, a four-time All-Big Sky Conference selection, was also a member of Northern Arizona’s track & field team.

Fortunately for the Ravens, there are currently a slew of available cornerbacks in free agency that includes Dre Kirkpatrick, Aqib Talib, Prince Amukamara and Eli Apple, among others.