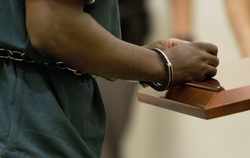 Few principles are more fundamental in the Anglo-American legal tradition than the presumption of innocence. And so it hardly seemed controversial that the new Title IX regulations addressing campus sexual-assault allegations included a provision requiring schools to presume “that the respondent is not responsible for the alleged conduct until a determination regarding responsibility is made at the conclusion of the grievance process.”

Incredibly, on Wednesday, 36 Senate Democrats and independent Bernie Sanders signed a letter to Education Secretary Betsy DeVos denouncing the presumption of innocence for students accused in Title IX tribunals. “By requiring the schools to presume there was no wrongdoing,” the senators argued, “students coming forward will have the impression the school assumes they are not telling the truth.”

That 37 senators, including the five most senior Democrats on the Senate Judiciary Committee, misunderstand a core principle of American law is troubling. The presumption of innocence doesn’t create “the impression” that witnesses against the accused are lying. It ensures that the adjudicator—in criminal matters, the state; in the Title IX process, the college or university—has the burden of proof, rather than forcing the accused to prove his innocence. A process without such a presumption is unfair.

Ironically, even the Obama-era Title IX guidelines, which created a system tilted in favor of campus accusers, implicitly acknowledged the presumption of innocence. That guidance required schools to use the preponderance-of-the-evidence standard in handling Title IX cases, so that in a 50-50 outcome, the accused student would be found not guilty. No record exists of any of the signatories criticizing this policy; most, in fact, joined a 2017 letter praising it.

A comparable recent letter positioned 105 House Democrats in opposition to another element of fundamental fairness in the Title IX process. The regulations, reflecting recent U.S. Appeals Court decisions in the area, ensure that both accused and accusing students will have a right to cross-examine adverse witnesses. To guard against the possibility of a victim being cross-examined by the person who attacked her, the regulations mandate that a lawyer or advocate for the accuser (or the accused) will conduct the cross-examination of the other party.

To the House Democrats, this policy “flies in the face of common decency,” since a wrongly accused student could hire a “criminal defense lawyer” to represent him. The House members’ letter doesn’t explain why such a choice would counter “common decency”—a criminal defense lawyer would seem far more qualified to help a student accused of sexual assault than, say, a specialist in real estate law or the student’s physics classmate. Nor does the letter explain why House Democrats, who have appropriately hailed the work of the defense bar in upholding civil liberties, would so harshly condemn lawyers now.

The Senate Democrats also oppose the cross-examination provision, albeit for different reasons. Some “survivors,” they claim, have “indicated the live nature of the interaction, whether in the same room or not, would have deterred them from coming forward.”

Universities have both a moral and a legal obligation to ensure that student-victims of sexual assault feel comfortable making reports. They can better train their personnel to be sensitive to victims’ needs. They can urge their undergraduates to show respect for fellow students who file reports. They can create a campus culture that encourages student-victims. For the 37 senators, however, none of these policies would be enough, and instead universities should seek to boost reporting by creating rigged adjudication systems. Wrongly accused students—who are, after all, facing life-altering allegations—would be out of luck, blocked from testing the credibility of their accusers.

Both letters seem chiefly concerned that, unlike the Obama-era guidance they replaced, the regulations give accused students a meaningful chance to defend themselves. Neither the House nor the Senate Democrats mention the need for a fair process or the possibility that accused students might be innocent. To the legislators, the purpose of a Title IX adjudication appears to be less determining the truth of the underlying allegation than ensuring that accusing students are, in the words of the Senate letter, “comfortable.”

Presenting themselves as the voice of competence would seem to provide a near-certain path to victory for Democrats this November. Instead, these letters would have the party run as opponents of the presumption of innocence and meaningful legal representation—at least for groups that the legislators themselves don’t like.

K.C. Johnson is a professor of history at Brooklyn College and the CUNY Graduate Center.