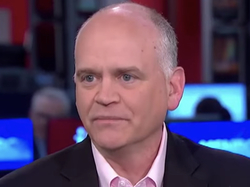 Everyone in the media was horrified last month when Georgia Gov. Brian Kemp announced he would begin reopening the state’s economy. An April 21 headline in The Week denounced Kemp’s reckless “experiment,” and on April 22, MSNBC bemoaned the Republican governor’s “dangerous gamble.” Dana Milbank of the Washington Post declared: “Public health experts fear coronavirus will burn through Georgia like nothing has since William Tecumseh Sherman.” The Atlantic’s Amanda Mull went so far as to call Kemp’s move an “experiment in human sacrifice.” Yet perhaps the most memorable media condemnation of Kemp was from Ron Fournier, former Washington bureau chief for the Associated Press, who proclaimed on Twitter: “Mark this day. Because two and three weeks from now, the Georgia death toll is blood on his hands. And as Georgians move around the country, they’ll spread more death and economic destruction.”